How I Climbed Mount Fuji with Jeans and No Gear

If someone ever came to me and told me that I would climb Mount Fuji in my lifetime, I would have told them they were dreaming. I sometimes struggle to up one flight of stairs, how could I possibly manage to climb the highest mountain in Japan?

It turns out I did it. And I made all the mistakes that I could possibly have made.

So here is how I climbed Mount Fuji (and how you should not): 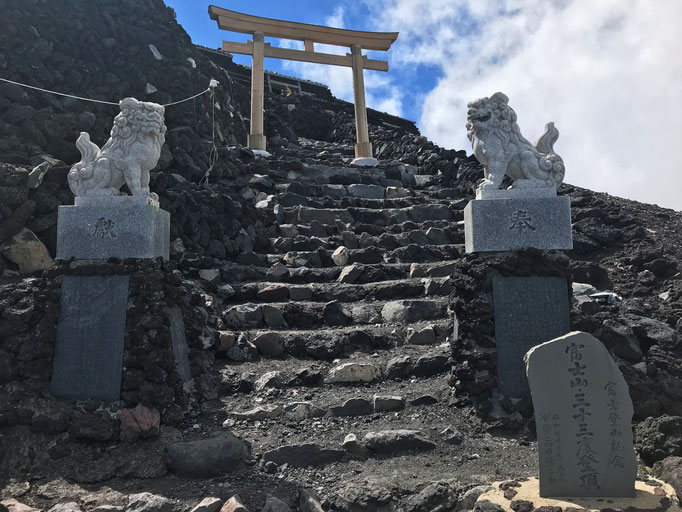 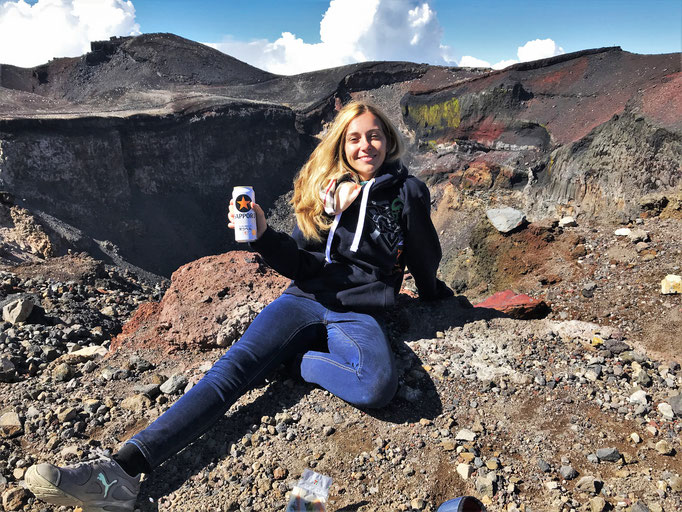 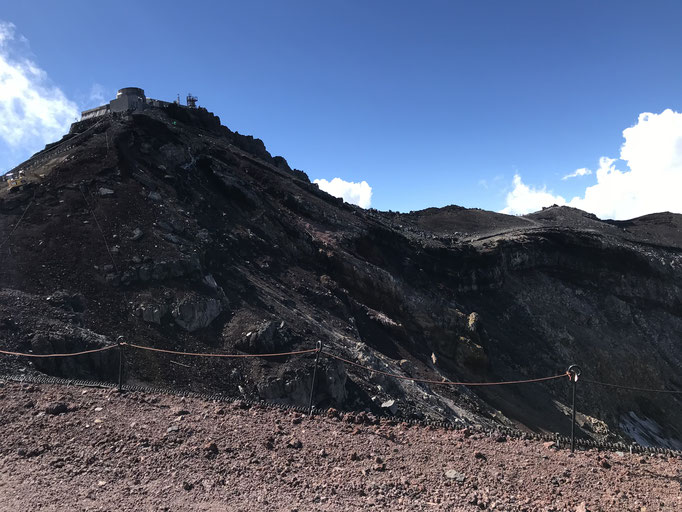 It was mid August, one of the few months where Mount Fuji is open for climbing. Thomas (my husband) was getting ready to climb: Hiking boots, rain gear, extra jackets, water, sports drinks and high energy snacks - all packed in a compact backpack. I praised his courage and said I’d never be able to do it. See, I wasn’t planning on going to the top. In fact, I wasn't even planning on going at all. I was scared of the climb. I had heard bad stories online of people that got sick from the altitude, and even worse. But as Thomas and I waited for his bus, I figured I could at least visit the starting point of the hike. That would be safe enough.

So off we went. Thomas took with him all his gear, and I took 300 yen (roughly 3 euros), my jeans and one jacket.

After 30 minutes or so, the bus dropped us both at 2300 meters of altitude: The start of the hike is actually quite high up the mountain already. The starting point is called 5th station.

One curious thing about Fuji is that as you go up the mountain, you find tiny little huts selling food and water, or even with beds to spend the night. Those are all numbered in ascending order: The higher you go, the higher the number!

As we strolled around, I noticed that the path to get to the next checkpoint (the 6th station) was mostly flat, so I decided to accompany him there and enjoy some of the view. From there, I wished him good luck, said bye, and started heading back.

But as I walked back, I felt this odd feeling growing inside me: Regret.

Within less than 15 minutes, my mind started throwing one million guilty thoughts on my face:

"You will never have this chance again! Thomas will come back talking about the amazing view from the top, or how cool the crater on top looks! You will never get to see any of it because you are a QUITTER."

So without thinking twice, I did the only obvious thing to make my mind shut up. I turned around and started going up.

The first problem was: I had no gear, no water, and no food. It was a 10 hour hike (up and down), so my only chance to make it to the top and back safely was to do one thing: Find Thomas. The second problem was: he is not a beginner at hiking. I had to move FAST.

With the 300 yen I had, I bought 3 bottles of water and started running up the mountain, trying to see if I could find him.

The path up is actually very clear in Fuji and you can see extremely far up on a good day. So as I kept walking, I started seeing him way ahead of me. I tried calling for him but it was painfully obvious that it was impossible to be heard from that distance.  I had to keep going.

20 solid minutes pass. The way now was more of a steep hike. I started losing speed. As I slowed down to get some air, I was approached by 3 Japanese ladies who asked me if I was climbing alone (I knew enough Japanese then to understand). I told them I had to find my husband and they gave me good luck and a big smile. That gave me a little more energy to keep going.

After some time of struggling to run up the mountain, I finally find him again from far. I call his name but once again he doesn't hear. He had arrived at the 7th station and was getting some rest sitting on a bench. That was my chance to catch up.

For 5 minutes, I hiked, yelled his name, and hiked some more. But luck was once again against me: He had finished resting and stood up to continue his climb. As for me, I passed the 7th station a few minutes after without even thinking about resting.

Now, I am not good at hiking, but one thing that I am good at is climbing rocks. Luckily for me, part of the path near the 7th station is filled with rocks to be climbed: That was my chance to reach him.

Within 10 minutes the path became a big zigzag: There was not much distance between the path ahead of me and the one below. I was exhausted: I knew that if I didn't catch him then, I wouldn't manage to do it later. I only had 2 of my 3 water bottles left and no money to buy more, and it had only been 1 hour since I started hiking.

With all the strength I had, I yelled his name. Surprised (or shocked, or both) he turned around to see that I was actually there.

It was a big relief (for me, anyways).

From that point on, I stole half of his food, his jacket, and his money to buy more drinks. There were many places to stop and rest, but we didn’t stop for long as the altitude made me dizzy. The jeans were tight and they made my knees hurt, but they actually helped with the blood flow in my legs. The only thing that I wish I had with me was a bottle of Oxygen: They sold them at the 5th station and many people had them. At that high altitude, you could really feel the struggle to get oxygen into your lungs.

After 4 full hours of hike, we made it to the top. Fuji has an altitude of 3,776 meters (or 12,389 feet). Two little lion statues and a beautiful gate welcomed us to a flight of stairs that took us to the summit. At the top, we hiked around Fuji's crater for 30 minutes. If felt like I was in a different planet: The red dry earth and the huge hole in the center of the volcano made the entire scene look like it belonged in Mars. We stopped for a few photos along the way and even saw a post office, where we could send post cards from!

As for the view... Well, we were way above the clouds and all we could see were big "fluffs" of clouds all around us (which in all honesty was really cool). We also manage to get an amazing shot of the hiking trail from up there. But I have to say, the view as we were going down was spectacular: The sky had cleared up a little and we could see the massive Aokigahara forest from up there.

Climbing Mount Fuji was worth every moment, every bad decision, and every struggle. I am happy I faced my fears and gave it a try. If you plan on going, I recommend you try as well. Just make sure to be more prepared than I was. You won't regret it. 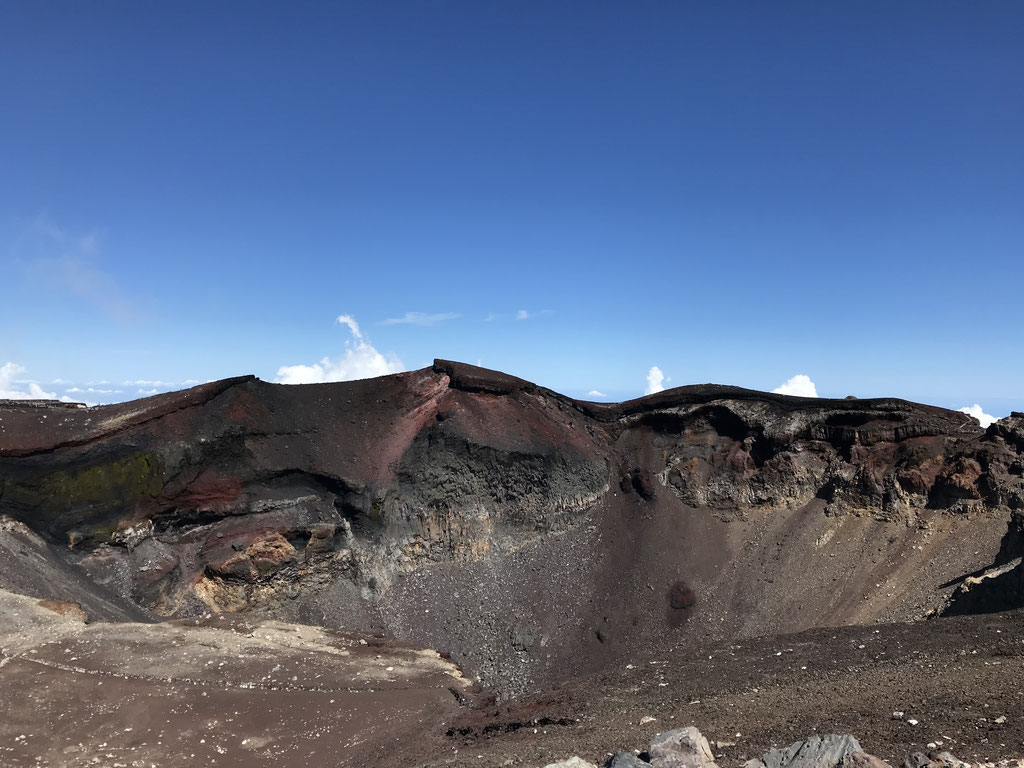 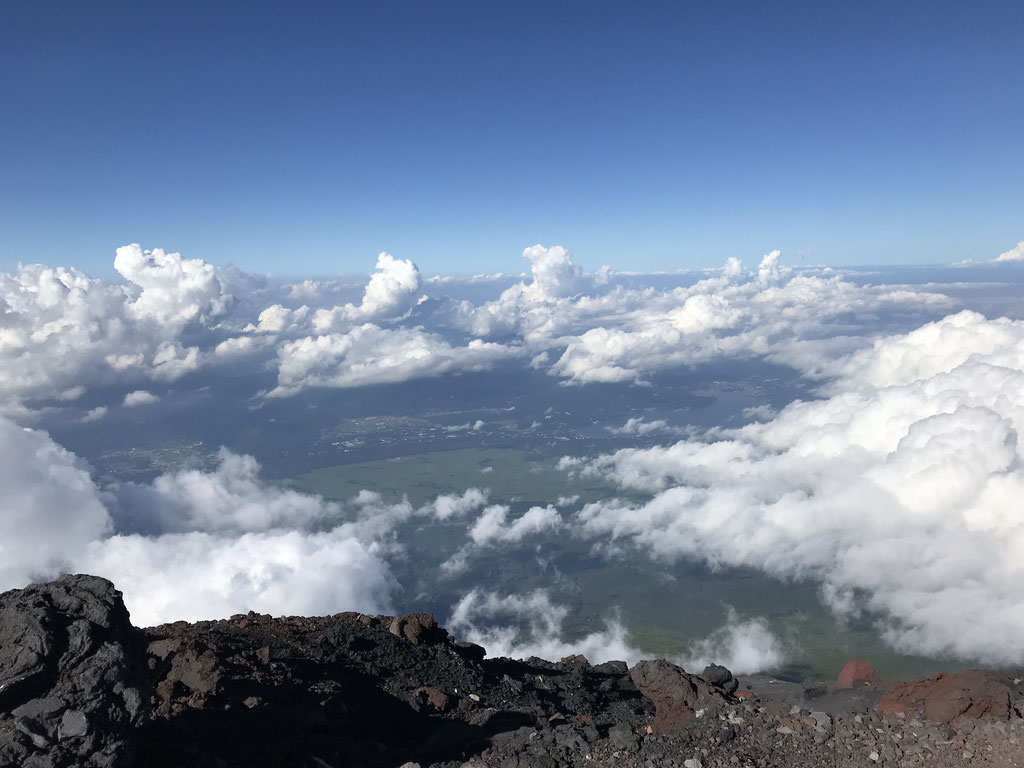 Bonus Tip: Make sure to wear sunscreen or you'll end up like me in the picture below.

Functional cookies enable this website to provide you with certain functions and to store information already provided (such as registered name or language selection) in order to offer you improved and more personalized functions.

Performance cookies gather information on how a web page is used. We use them to better understand how our web pages are used in order to improve their appeal, content and functionality.

Marketing / Third Party Cookies originate from external advertising companies (among others) and are used to gather information about the websites visited by you, in order to e.g. create targeted advertising for you.